For this application, I was tasked to design the following features: 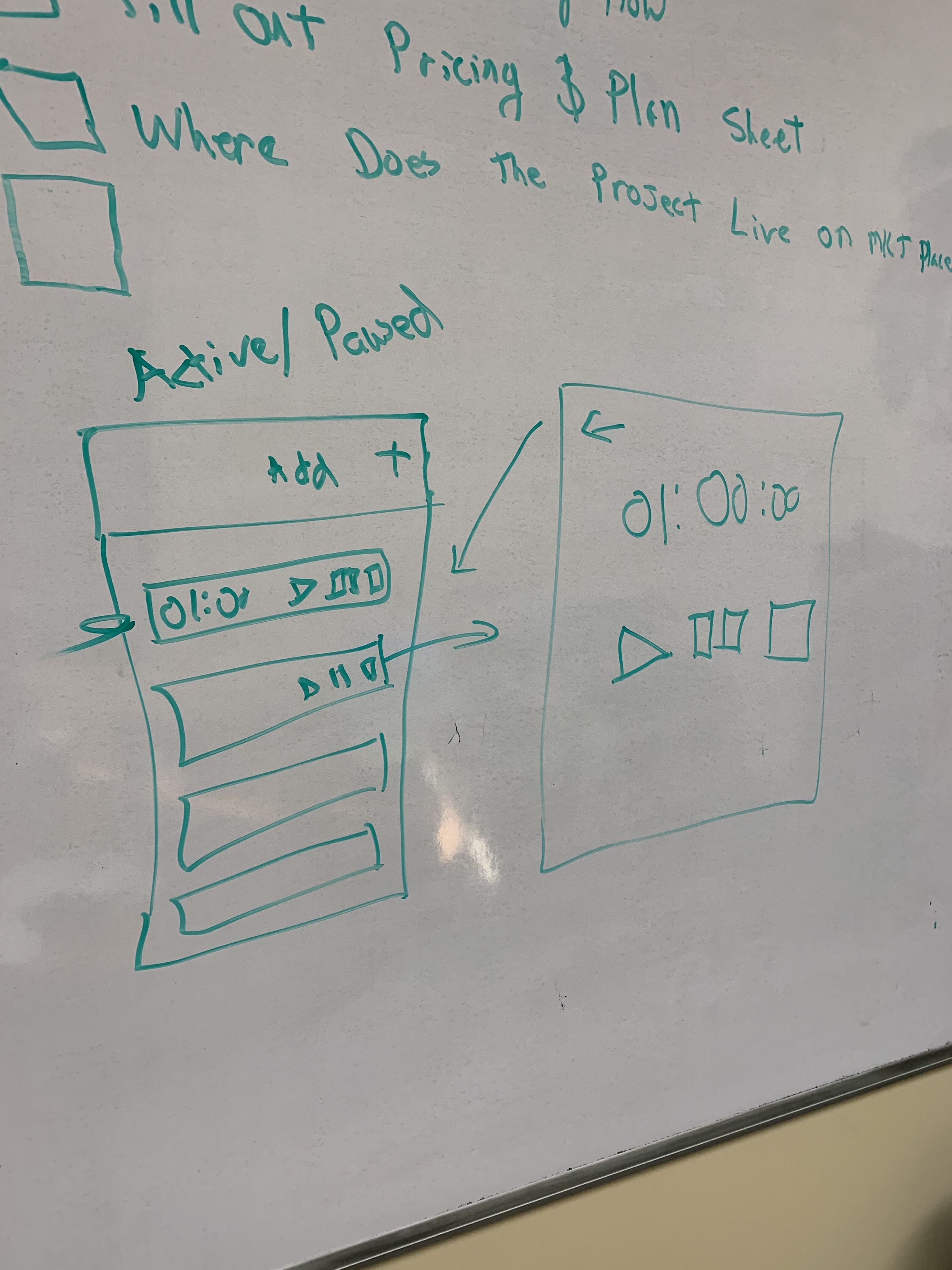 The timer is a feature for time entry. A user can start and end a timer to calculate their total time spent on a project. This time is counted towards their weekly time entries.

For this feature, the user would need to be able to start, pause, and submit a timer. The user would also need to add a new timer for different projects.

My idea was to design a home feature that had access to all of the timer features while having the access to the wider view of the timer.

I initially did not know whether to keep both pauses and stop or just have a stop. The first option would allow you to pause the time and then you could hit stop and that would save you time. The second option was to just stop the time and that would be entered. After doing some user feedback, I decided that the best user experience for this feature would be to add both the stop and pause actions.

The two biggest struggles that I had with this feature were how to add comments to projects and adding an actual receipt to an expense.

I decided that the comments feature would be below the tasks card similar to the project management. To reply to a comment, you would click on a user's comment. A modal would appear and you would be given the command to reply to a comment. Once you replied, your comment would have a slight shift off to the right. This would distinguish a reply on a comment.

I needed to figure out how to upload an actual receipt for an expense. I came up with the idea of taking a picture of the receipt and having the user manually enter the amount of the receipt. Now the admin could see two pieces of data for that expense upload. In user feedback, this was the most used feature out of the whole application. 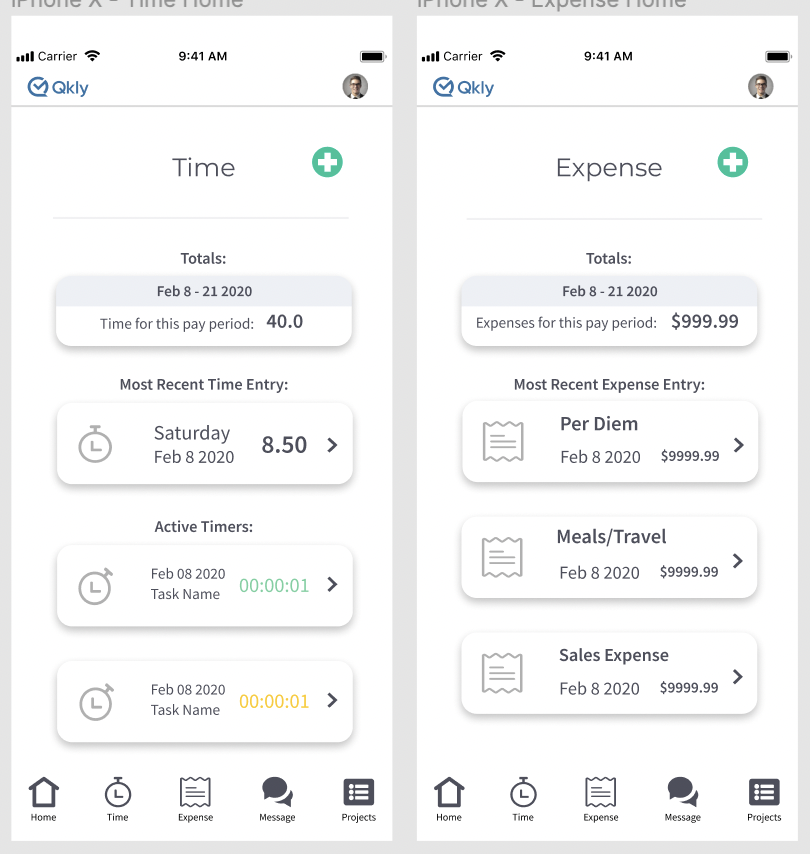 This project was my actual first lead design on a mobile application. To see your design on an actual developed product in the app store was a pretty amazing feeling.

I had to go back and forth with designing the PM desktop application for this mobile application. This really taught me to really focus on what things I had to get done and having to prioritize workloads between the two.

It was also nice to start to get user feedback from the employees that used the application. It was really cool to make something that could make their days easier by just picking up their phone.